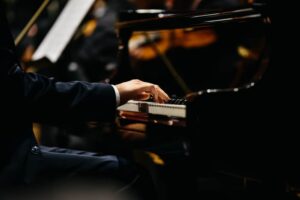 Do you believe your little one has what it takes to become a piano prodigy? These amazingly talented players became super stars by their early teens, and many people are fascinated by their success stories.

But what makes them prodigies? Some of the most famous piano prodigies come from families with no musical talent. They didn’t study under a famous piano instructor or at a well-known music conservatory.

How did these people become prodigies, and is there any way to actually tell who has this type of outstanding talent? Do they undergo piano lessons, as well?

Piano Teachers who come to your home!

Meet our piano teachers and see if we serve your area.

What Defines a Prodigy?

A prodigy, whether a musical one or one who excels in areas such as mathematics, is defined as someone who shows extraordinary natural talent before they turn thirteen. Prodigies can excel in any area, though we often recognize those who are extremely talented at music, sports, and science because it’s much easier to measure how well someone is doing in these areas.

Some people do wonder if being a prodigy is genetic in some way since these talents usually manifest without any type of advanced training or education. A few studies have been done into this, and the results are somewhat conflicting.

Some studies indicate that prodigiousness isn’t genetic at all, nor does it really seem to come from having a high IQ. Others, though, do believe that being a prodigy has to have some connection to genetics or something biological since it does appear without any training.

No study has been done that looks at the brains of child prodigies, though, so it’s hard to tell what exactly makes them different.

One thing that is fairly well-documented is that young prodigies tend to feel like outcasts or that they’re alone due to their talent. They can’t really find children who are similar, so they feel like they’re weird or strange.

They tend to be on their own more often than not, and many of them don’t have a big group of friends. Part of this is because they spend a lot of time focusing on their talent.

However, the fact that they love piano and music is what ultimately pushed them to devote their time to the instrument. Many even say that their parents didn’t push them or force them to do anything they didn’t want to do, and they always knew they could walk away at any time.