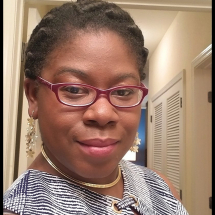 Traci Michelle Wheeler was born and raised in a small suburb outside of Dallas called Rowlett, Tx. She began taking piano lessons in third grade with Mrs. Drew, who allowed her to play the piano for the class.  Being among the minority in the class, she always felt so special to play music for her classmates while they dance around the room.  She began playing the saxophone in sixth grade and was consequently placed in the school's top Symphonic band.  She also picked up the clarinet while attending Rockwall High School where she joined her first concert band. This led to her placement in the Honors Marching band, which represented the school.

Upon graduation, she received a 4-year piano scholarship and a clarinet scholarship from Stephen F. Austin State University, where she graduated with a Bachelor's degree in Music.  She continued her studies at Texas A&M Commerce and received her Master's degree in Education.

In addition to teaching and performing, she also plays the piano for church, and other music fraternities.  Her love for music is evident in her passion for teaching, and her desire to inspire children in with music education.