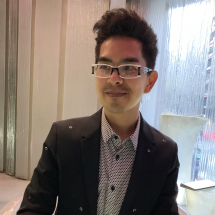 Schuyler Tsuda’s varied influences make him a stylistically open-minded teacher. He has taught kids and adults of all ages and enjoys the process of guiding his students to reach their full musical potential. He believes in the importance of a solid technique and a strong music theory foundation but also encourages creativity. Schuyler Tsuda is an active composer and songwriter, and his own compositions and guitar-based recordings are available on multiple streaming platforms.