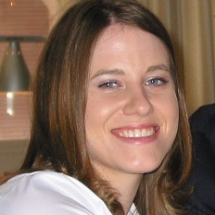 Judy Master is a collaborative pianist, solo pianist, and a piano teacher in the Greater Houston Area. She started the playing the piano at the age of five and in only two years time, she was playing Beethoven and Mozart. At the age of eleven she began studying with Lavonia Freeland, a former Houston Music Teacher's Association president and protagogue of Ruth Burr who was one of the finest piano teachers in the United States from the Twentieth Century. By twelve years old, she became the organist of Lazybrook Baptist Church in Northwest Houston and started teaching piano. As a child performer, she won many competitions such as MusicFest and numerous HMTA competitions.

From 1996-2000 she attended the High School for the Performing and Visual Arts where she studied clarinet from 1996 to 1998 and piano from 1996-2000. There, she performed in many piano recitals as well as her own senior piano recital. She also performed with the HSVPA Wind Ensemble and the HSPVA Symphony Orchestra as a clarinetist and pianist. Along with Lavonia Freeland, she also studied piano in high school with Sylvia Strong, Robert Avalon, William Race, and Danielle Martin. She also has performed in Master classes with Nelita True, Yoheved Kaplinksy, and Olgra Kern.

Judy has Bachelor of Music in Piano Performance and Master of Music in Piano Performance from Baylor University. While she was there, she studied with the world renown solo pianist, Krassimira Jordan. In 2002, she performed and attended the Bosendorfer Piano Academy in Vienna Austria where she also studied Wolfgang Watzinger, a professor at the Vienna School of Music. In 2008, she moved back to Houston, Texas to study with Timothy Hester. She graduated with her Masters degree in Piano Accompanying in May 2011. Her aspiration as a musician is to perform extensively in Houston as well as devote a large percentage of her time to expanding her piano teaching studio.