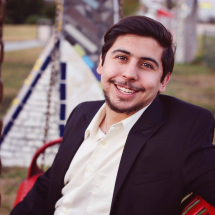 Education: The University of Houston

Jordan Martinez is currently pursuing a Bachelor’s degree in Vocal Performance at the University of Houston. He has been actively performing in choral settings for eight years. He currently performs under the direction of Dr. Betsy Cook Weber in UH’s Concert Chorale. During this time, he has had once-in-a-lifetime opportunities, such as performing at the retirement of Senator Orrin Hatch in Washington D.C. He has also performed many large works, such as the famous “Carmina Burana”. Along with this, Jordan has made an impact in the opera program at the University of Houston, with roles in operas such as the mayor in Benjamin Britten’s “Albert Herring”, Little Victor Harrell in Kevin Puts’ “Elizabeth Cree”, and the Ringmaster in Bedrich Smetana’s “The Bartered Bride”. Though his primary study is in voice, Jordan has field experience in teaching beginning piano and guitar. His favorite aspect of music education is building relationships and helping students grow in their talents as a musician and a person!

The University of Houston