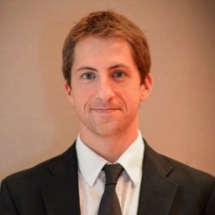 Ed Harper is a professional cellist, conductor, arranger and educator from the UK. Ed began his cello studies at the age of 5 and quickly developed a passion for ensemble performance, being encouraged to perform regularly with other musicians throughout the Essex and London areas. Through his early music education, Ed won over 50 medals at the Westcliff- and Leigh-on-Sea music festivals and was awarded the Marguerite Swan memorial ABRSM examination prize. Ed went on to tour throughout Europe as principal cellist of Essex Youth Orchestra where, under the direction of conductor Robin Browning, he further developed his love for orchestral performance. He would later go on to work with the orchestra as a sectional coach and pastoral team member, travelling to perform all over the world in some of the most renowned venues, such as the Olympic Stadium in Nanjing, China, the Rudolfinum, Prague and the Cadogan Hall in London.

Ed holds a Bachelor of Music degree with first class honors from the University of Sheffield during which time he studied with French/Catalan Cellist Marie Bitlloch, currently of the Elias String Quartet and formerly of Ensemble 360, and went on to win the Mrs Stewart Blake Prize for best undergraduate final recital. In 2010 he received a Master of Music degree at the Royal Northern College of Music in Manchester. Here Ed was Principal Cellist of the RNCM Concert, Opera and Brand New Orchestras respectively, and had the opportunity to work with such esteemed conductors as Clark Rundell and Matthew Coorey. After completing his MMus, Ed became actively involved in chamber music performance with numerous Ensembles in the London area.

From 2013-16 Ed had the opportunity to further combine his passion for teaching with his love of travel and took a post as Secondary School Music Teacher at an International School in Singapore. Here he helped to develop the strings and orchestral programs and founded an after-school Suzuki strings program for students aged 5-7. He has subsequently gained certification as a Suzuki Cello Instructor from the Chicago Suzuki Institute, and become a lifetime member of the Suzuki Association of the Americas. Ed also served as Music Director of the school's whole-school musical productions, conducting the orchestra and cast in performances of Wind in the Willows, Oliver and Annie.

Ed now lives in Houston, Texas where he performs regularly and maintains a private cello and theory studio. His strongest passion is sharing his love of music with others and getting his students to love playing their instrument. Outside of his musical activities, he also loves to travel, to snowboard, eat Indian food and learn new languages.