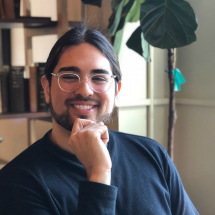 Derek began his career as a musician at the age of 12 as a percussionist in school. When he turned 15, Derek began playing the drum set and guitar while taking lessons for both instruments. Later around the age of 18 he began to take up other instruments like bass and piano. While in college, Derek played in the jazz band as a guitarist and has played in bands ever since. Derek continuesn to expand his education in music by learning and teaching.