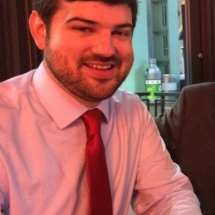 After high school Zach decided to stick with music and enrolled into the music program at the University of Texas at San Antonio on classical guitar. During college, Zach was active in the Jazz Ensemble, Choir, Guitar Quartet and Mariachi. Some of his highlights in college were singing with the Choir at Carnegie Hall and his Senior Recital at the UTSA Auditorium. He began teaching guitar during college and quickly grew to love it!

After attaining his Bachelor of Music, Zach has continued to be in local Houston rock bands and occasionally plays a classical guitar set at local restaurants. He has taught many students for the past 10 years, several of them advancing to being performing and recording artists.

Zach currently resides in Cypress, TX with his wife and their two children.