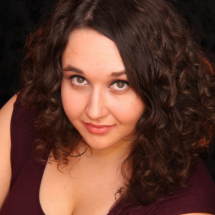 Up and coming soprano, Sarah Lysiak, is a consummate and dedicated musician and teacher. A recent Master's graduate of the University of Houston, she was incredibly active with productions through the Moores Opera House. In two years she performed five fully staged productions and was featured in roles such as Alice Ford of Verdi's Falstaff, First Lady of Mozart's Magic Flute, and a University premiere of Catan's Il Postino as Matilde Neruda. Prior to being in Houston, Sarah completed her Bachelor's degree at the University of North Carolina School of the Arts where she covered roles such as Lady Billows in Britten's Albert Herring and sang in scenes as Fiordiligi in Mozart's Cosi fan tutte. Sarah also held a position with St. Mary's Episcopal Church in High Point, NC during her undergraduate studies where she was frequently featured as a soloist in large orchestral works of Mozart, Brahms, and Vivaldi. Most recently, she was featured as an Apprentice Artist in the summer of 2012 at Opera in the Ozarks where she sang the role of Mimi in Puccini's classic love tale, La Boheme.

Although adamant as a performer, Ms. Lysiak has a passion and dedication to vocal instruction. With over 10 years of private vocal studies experience she is committed to improving other singers on a well-rounded basis of technique, style, and musicality.