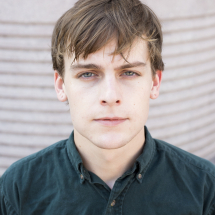 Jonathan Miller is a guitarist and producer of 15 years who has a passion not only for performance and songwriting, but also teaching and sharing the love of music. He is originally from the Houston area, but has lived in Washington, D.C and Los Angeles at different points in his life. He is from the first graduating class of the now highly esteemed Washington Latin Public Charter School in Washington, D.C. During the summer of 2014, Jonathan attended the Five-Week Music Performance Intensive summer program at Berklee College of Music in Boston, Massachusetts. Following high school, Jonathan attended UCLA and graduated with a Bachelor of Arts in Classics in just three years. Outside of music, foreign and ancient language is his passion, and he choose to pursue this at university. He also has plenty of experience in the performance world. He has played in numerous bands over the years all over the USA, several of which have recorded professionally and all of which have performed numerous shows. He believes that his self taught background makes him a better teacher he has a more intuitive approach to the guitar, and he knows what works for a new guitarist and what doesn’t. He believes that real world experience is invaluable in a student’s music education.

Jonathan has worked for School of Rock for several years in the past as a guitar and bass instructor. He has also taught private lessons on his own. Not only does he have music teaching experience, he also has general education experience as well. He was a substitute teacher at his alma mater, the Washington Latin School for a while and ran summer camps as a counselor at the Washington Tennis and Education Foundation in Washington, D.C. These teaching experiences have shaped Jonathan into who he is today and how he approaches teaching. Not only is he good with children of all ages, he also has much experience working with children with learning disabilities and autism. Jonathan loves providing the gentle attention and care that these children deserve.

Outside of music, Jonathan has worked many different jobs over the years to help support his music endeavors. He has worked as a lifeguard, as a cook, as a marketing specialist, as a legal assistant, and as an administrator. When not teaching lessons, you can probably find Jonathan at Walk On’s Sports Bistreaux where he does kitchen prep. All of these different job experiences have provided Jonathan with a worldly knowledge of many different subjects. While music instruction is the main goal, he can also give insight to students about the world around them.

Jonathan currently plays in a band here in Houston. He loves to play the guitar whenever possible, live stream and record his solo performances, produce hip hop instrumentals, and learn new music concepts. He is a firm believer that he can always be better, more educated and more knowledgeable. Education never truly ends in his mind. He is a die-hard fan of heavy metal and hardcore punk rock. He also has a soft spot for classic rock and the blues. Heavy metal is a very difficult genre to play on guitar and his experience in this genre has made him a top-notch guitarist.

Jonathan looks forward to teaching any and all students who wish to explore the beautiful world of music and guitar playing.