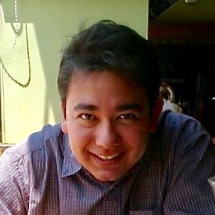 David Camarena has been teaching since 2005, at the beginning of his studies at DePaul University in Chicago, where he earned a degree in piano performance. After several years of studio and private teaching throughout Chicago and Houston, David received a position at the Stamford American International School in Singapore, where he taught elementary music and coached secondary school chamber music from 2014-16.

In addition to teaching, David is an accomplished pianist that has had a diverse performance career. Some of his experiences include performing chamber music with members of the Houston Symphony, Houston Grand Opera, and Houston Ballet, holding the music director position at Ravenswood Fellowship Methodist Church, and accompanying instrumentalists of skill levels ranging from university to high school solo and ensemble to Suzuki violin students.

David's enthusiasm for music and life extends beyond the world of scales, Rachmaninoff and bow ties, and his hope is that all of his students will come to shareh is love and passion for music in whatever form it takes for each of them. When he has a few moments of spare time, you can find him either out riding his bike, watching any number of sports on television, or goofing around with the different instrument settings on his keyboard.