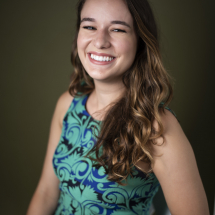 Italian-American soprano Clare Demer recently received her Masters degree from the University of Houston Moores School of Music. In her time there, she performed Mary in The Ballad of Baby Doe, Gretel in Hansel and Gretel, Paula Jordan in Bolcom’s Dinner at Eight, as well as roles in Rota’s I Due Timidi and the world-premiere of Robert Nelson’s The School for Scandal.

Clare has participated in many festivals across the United States, Canada, and Europe, including the inaugural season of Teatro Nuovo in 2018, IVAI in Montréal, the Aspen Summer Music Festival and School, SongFest at Colburn, and the Saarburg Festival in Germany. In 2016, Clare was an Art of Song Fellow at the Toronto Summer Music Festival.

In addition to singing, Clare has studied piano for over 15 years. In her time studying the piano, she performed in many recitals and piano ensembles, as well as in jazz groups in Tucson, Arizona.

Throughout her time in Arizona and Texas, Clare has taught both piano and voice to students of all ages, and she worked with undergraduate students as part of a graduate assistantship at the University of Houston Moores School of Music in their music history department. She is excited to continue the legacy of music educators who encouraged her to find joy within music and learning!