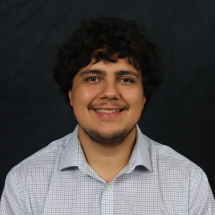 
An avid educator Adrian Ponce has taught both privately and in public schools. He has participated as a Solo and Ensemble judge for several school districts in the Rio Grande Valley. During his time in the Houston metro area, Adrian has taught with the Houston Youth Symphony’s “El Sistema” based Coda program, Clearlake ISD, Humble ISD, Katy ISD, HISD, Collegia, and other private music studios. Mr. Ponce’s students often audition for all-region, all-state, Houston Youth Symphony, American Festival for the Arts, and the National Youth Orchestra.

Mr. Ponce has had an extensive and multifaceted performance career. As an orchestral player Adrian has played with several orchestras in Northern Mexico, the Rio Grande Valley, and the Houston Metro area including the Galveston Symphony Orchestra, Fort Bend Symphony Orchestra and Pasadena Philharmonic. He is a member of Camarata Cellista, several chamber groups, and often performs in jazz ensembles. Adrian has performed twice at the Kingsville Jazz Festival – once on bass guitar and also on piano. As a guitarist he has played in several bands and actively performs in theatres and throughout the Houston community.

As an administrator, Adrian has worked as a stage, orchestra, and personnel manager for various organizations. His most recent administrative endeavors have been as the Orchestra Manager of the Texas Medical Center Orchestra, Director of the Piney Woods Summer Chamber Series, and Marketing/Media Coordinator for Collegia.