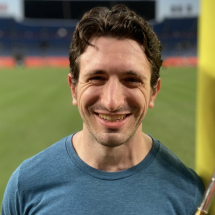 Zack, who began his own music production company in 2015, has experience not only in teaching private lessons and giving clinics (10+ years), but also as a contributor to the ever-changing commercial music industry. He has written musical arrangements for some of the world’s premier vocalists and instrumentalists, as well as for various entertainment programs on board Princess Cruises vessels, including The Voice (of the Ocean), Festivals of the World, and Magical Mystery Tour where he also has played in the fleet’s Showbands.

Off the cruise ship, Zack has frequently performed at popular venues in and around the Denver area, as well as on Denver’s esteemed public radio station, jazz89 KUVO. He is featured both as a composer and trombonist on Hang Time (Capri/Tapestry Records), the 2nd CD released by the Colorado Conservatory for the Jazz Arts. He has even had the pleasure of performing in pit orchestras for Joseph and the Amazing Technicolor Dreamcoat (drums) and Urinetown (trombone) – both with Stage Flight Theatre.

Specializing in the genres of Jazz, Rock, and Pop music, Zack firmly believes that a solid foundation in music theory and composition are critical to the success of any musician, thus all his students are encouraged to create and share their own work as they progress. Zack graduated from the University of Northern Colorado in 2014 where he obtained a degree in Music Business, but whether or not the goal is to become a professional musician, Zack aims to help all his students realize their full potential and enjoy life through music!