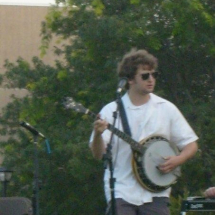 Spencer Crawford is originally from Northeast Kansas, where he started playing guitar and studying music at the age of 9.

Later, in his teens, Crawford also began playing the Banjo, Mandolin, accordian, and other various intruments.

While attending college at Washburn University in Topeka, KS, Crawford began teaching private music lessons to students of all ages, and experience levels in Northeast Kansas. During this time, Crawford also recorded and regularly performed with his bluegrass/country/cajun band.

Crawford relocated to the Denver, CO area in the spring of 2011 after completion of his degree from Washburn University. He continues to teach private music lessons in the Denver metro area.