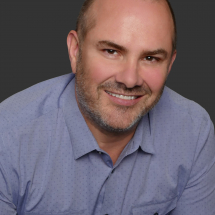 Education: I completed my Bachelor of Arts in Writing & Literature at Naropa University in Boulder, CO. My Master of Fine Arts was earned at Colorado State University where I taught creative writing to undergraduate students.

As a teenager, Shane Jones was fascinated with the speed and flash of guitarists like Eddie Van Halen, and he spent many hours every day training to emulate riffs and solos by these guitarists. When Shane’s classical guitar teacher took him to see Andrés Segovia perform, he became deeply interested in Segovia’s approach to playing guitar as an art form rather than a showboat exhibition. This was the impetus that led Shane to devote his life to the arts — including music, creative writing, and underwater photography.

Shane’s career in music and the arts began with a guitar scholarship to Texas Wesleyan University in Fort Worth, Texas, where he played guitar in the university jazz band. From there, he formed a rock band with his wife and toured around Washington state for a number of years, returning to Texas in the early 2000s where the band recorded their second CD in Austin, Texas. While in Austin, Shane was prompted by music publishers to move to Nashville, Tennessee, to write country songs. In Nashville, he was sought out for a guitar style that offered a rock edge to the Nashville country sound, and during his years in Nashville as a singer/songwriter, he enjoyed several cuts by Nashville artists and was invited to perform at the famous Bluebird Cafe.

The art of songwriting led Shane to pursue additional creative writing avenues, taking him back to college where he earned his Bachelor of Arts in Writing and Literature at Naropa University in Boulder, Colorado, and his Master of Fine Arts in Creative Writing at Colorado State University (CSU) in Fort Collins. In addition to performing and teaching guitar, Shane has taught English to kindergartners at the Pencil Foundation in Nashville, creative writing to teens at Project YES in Lafayette, Colorado, and poetry and fiction to undergraduates at CSU. He is currently enrolled in Yoga Teacher Training at Samadhi, and he’s concurrently working toward his Dive Master and Scuba Diving Instructor certificates.

Shane believes that learning and teaching go hand in hand, and he is committed to continuing a life of learning while helping others live more fulfilling lives by teaching guitar, songwriting, creative writing, and contemplative practices.

I completed my Bachelor of Arts in Writing & Literature at Naropa University in Boulder, CO. My Master of Fine Arts was earned at Colorado State University where I taught creative writing to undergraduate students.