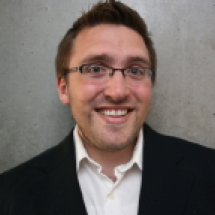 Originally from Los Angeles, Robert Bolyard is a happy resident of Seattle Washington. He received his Master's degree in Choral Conducting at the prestigious Yale School of Music.

Although his degree is in conducting, Robert's true passion is inspiring people through music, especially by encouraging them to use the best instrument they could have - their voice - to its greatest potential. Robert's current musical life is busy and varied - just the way he likes it! In addition to teaching privately and singing with various vocal ensembles Robert is an active music director. He also plays piano, organ, harpsichord, viola da gamba, and is just starting the lute!

As a soloist he has sung everything from Bach to Broadway (even a world premiere setting of poems by Lorca), with chamber ensembles and symphony orchestras - and as a conductor his experience and repertoire is even more extensive!