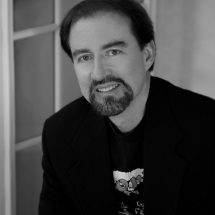 Richard Harrison received his Master of Music Degree from the University of Maryland in Vocal Performance and while still in undergraduate school he studied piano and guitar, so that he is a fairly accomplished accompanist and plays both instruments while singing to lead worship in churches, and accompanies himself and others in schools, and various performing venues. He performed leading tenor roles in musicals and operas throughout his undergraduate and graduate years. Directly after graduate school he directed a ten member group of singers and instrumentalists that toured over 20 states and 5 foreign countries. He was responsible for choosing the repertoire, arranging it, rehearsing, and performing it with his other band members in various venues for almost a year. At the end of that tour he auditioned for German Opera Houses and did some post graduate study in Graz, Austria at the American Institute for Musical Studies. He continued studying and singing operas in Italian, French and German, and sang leading tenor roles with orchestra in Graz and the surrounding area. Upon arriving back in the States he sang with the Washington Opera, Opera Camarata, Baltimore Opera, and leading tenor roles with Center Stage Opera. To further expand his education he took two semesters of music education courses to become certified as a K-12 music teacher in the Md. Public school system. He has taught private voice, piano, and guitar and enjoys helping his students learn and grow as musicians and performers.