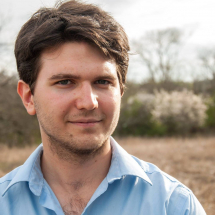 Phoenix Abbo is a performing violinist and private string teacher of the North Texas area. Growing up in Dallas with a family of string players, Phoenix has been exposed to music his entire life, so it was only natural for him to become a musician, too. He first began learning the violin at age five.

Phoenix has had the honor of serving as concertmaster of the University of North Texas Symphony for two concerts during the Fall of 2017 and in the Fall of 2019. He also performs professionally with various orchestras including the Las Colinas Symphony, Abilene Philharmonic, Sherman Symphony, and the North East Texas Symphony. He is also a member of The North Texas Music Company, a professional string quartet that specializes in weddings and other celebratory events. Over the past few years Phoenix has hosted many recitals, performing repertoire such as the Sibelius Violin Concerto, Ysaÿe Sonata No. 4, Caprices by Paganini, and several selections from the unaccompanied solo violin works by J. S. Bach. When not performing, he is a private violin and viola teacher of beginner and advanced students.

Phoenix has taught private lessons since he was in high school and has worked with students of all ages, from beginners to college students. His students have had great success in competitions and auditions, having earned high scores for UIL Solo & Ensemble competitions and one even earning the spot of concertmaster for their local All-Region orchestra.

One of the most important teaching philosophies to him is ensuring his students have a firm understanding of how to practice by themselves and to feel confident in knowing how to approach problems and improve on their own during the days they do not see their teacher. He makes sure his students “work smarter, not harder.” Having good physical technique is also one of his major focuses with his students, as this sets the stage for highly expressive, musical, and gratifying playing. Above all, though, he makes sure his students have fun during their lessons and encourages a great love for playing music.

Outside of classical music, Phoenix also studies jazz violin along with other improvisatory forms of music ranging from folk to rock. He has performed jazz at the popular Denton venue Steve’s Wine Bar and was a member of UNT’s Jazz String Ensemble from Fall 2018 to Spring 2019. He was tasked in January 2018 with composing and recording string parts to five songs from the album “I’ve Been in Love” by R&B singer Zyah Reeves. He also frequently performs with Dallas-based R&B singer and instrumentalist Quentin Moore.