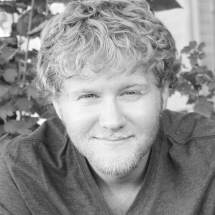 Seattle Guitar and Piano teacher Mr. Nathaniel Moore has been a performer, composer and educator for over 10 years. He has preformed in concert halls, music festivals, jazz clubs, fine restaurants, state fairs,art galleries and musical theater’s throughout the midwest and front range. He performs genres as varied as early renaissance to the most modern avant-garde jazz and art music.

Nathaniel began teaching in 2001 when he was asked to lead and direct a student ensemble. At this time he also began giving private piano lessons, guitar lessons, and music theory. Nathaniel passes his passion for music on to his students through private music lessons, leading them to develop in excellence and enjoyment of the wonderful art of musicianship. He studied composition and music theory at Missouri Southern State University. While at MSSU, Nathaniel received a scholarship to study jazz guitar and excelled in his piano lessons. Mr. Moore has released several jazz-fusion albums and many solo pieces.