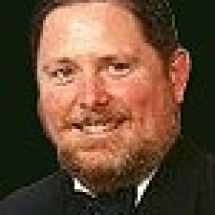 Michael is a retired Army veteran, having served 21 years as a soldier and musician in the US Army Band Program. He served in Hawaii, Panama, Korea, and all over the United States. In the Army band he served as oboe player, musical section leader, Drum Major, and the founder and director for the Tropic Lightning Chorus. Outside of the military he was the Conference Music Director for the Hawaii Conference of the United Methodist Church, he has been selected as soloist with the Emory Chamber Players, the New Atlanta Philharmonic Orchestra, the New Jersey Ballet, and many other groups. He still performs as a musician in various groups throughout the Atlanta area. Michael is a member of the Forsyth Wind Quintet, the New Atlanta Philharmonic, and the Chamber Players of the South.

Michael's greatest musical achievement was being selected as the Director/Conductor for the National Youth Orchestra of Panama where he led rehearsals and performances for a hand selected group of teen musicians. He also created the National Youth Orchestra Summer Camp and Festival where he spent two weeks training individuals on all aspects of music.

As a musical instructor, Michael focuses not only on technical prowess, but on the love of music. He has been teaching a variety of instruments including piano, oboe, saxophone, recorders, and voice for the past 27 years. Whether your instrument is piano, saxophone, oboe, voice, or even harmonica the love of the music is what is important. His favorite music teacher told him that he should love every note, he said, "Play each note like it is the last time you will ever play it". Love each note with all of your being. Michael strives to teach this type of love for music to his students.