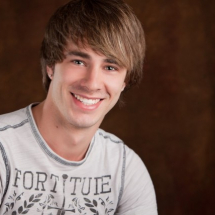 Education: Bachelors in Music from University of North Texas

As early as the age of 12, Matt began playing acoustic guitar and composing original content. Influences such as Eddie Van Halen and Joe Satriani sparked his interest in virtuous performance and led to his first experience playing in a band. When his band began recording, Matt became interested in music production and began producing his own music near the end of high school. That band ultimately broke up and that is when Matt went on to be a solo artist and composer.

In 2009, Matt graduated from high school and left home to start a new chapter in his life. Following the new dream of spanning his musical interests, he started writing folk music. The majority of the music he produced was his own original techno and the occasional 8-bit cover versions of his own music he wrote with his band. In college, he furthered his knowledge in music production in his free time by reading music production textbooks and watching how-to videos. He eventually made a gigantic leap forward in music production when he purchased a more powerful digital audio workstation. In college, Matt also began studying music theory and counterpoint heavily. He then picked up piano and started playing around with mandolin and ukelele. The evolution of his musical knowledge heavily influenced his composition style and made way for the soon-to-come masterpieces that many would recognize as his greatest pieces yet.

Matt received a Bachelors in Music from the University of North Texas. While in school, Matt developed his interest in composing and started his first symphony and several other compositions. Upon graduation, he opened a composition and song writing business. Matt spends every spare moment furthering his knowledge and skills and inspiring others to tell stories through musicality and innovative musical writing.

Matt truly enjoys teaching students of all ages and ability levels. In addition to helping form a solid classical foundation, he likes to encourage creativity in his students and to make the lessons as enjoyable as possible for them.

Bachelors in Music from University of North Texas