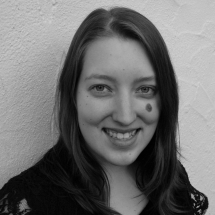 Seattle Voice lesson teacher Marie Morris is an emerging Soprano and Chorister. Originally from Missouri, Marie has been a singer her entire life. As a child, Marie was accepted to the selective Capitol City Children's Choir in Jefferson City, Missouri in its first year. She began performing in musicals in grade school, and from then on she knew she wanted to be a performer all the time.

Her first musical was The Music Man, in which she played Marian Paroo. At Helias High School, she was a member of top Concert Choir all four years. She was accepted into and performed in the Missouri Central District Honor Choir each year, and was selected for the 2009 Missouri All State Choir her senior year. In 2008, Marie was chosen as one of 200 out of over 1000 applicants to the Missouri Fine Arts Academy summer program. From those 200 participants, she was one of about 15 chosen to perform for the rest of the students in the program, and one of three chosen to perform for Missouri Public School's Annual Conference. She performed in the musical each year, but she realized that her voice was more suited to opera than to musical theater when a competition judge suggested that she look into opera. From then on she was hooked.

As a college student at Cornish College of the Arts in 2010, Marie has been a National Finalist in the Music Teacher's National Association (MTNA) Young Artist Vocal Competition. At Cornish, she has been in two opera productions: Venus and Adonis (Chorus) in 2012 and Le Bourgeois Gentilhomme (Musicienne) in 2013.

Marie is a performer of Classical, Baroque and Modern music. During her time at Cornish, she has performed and recorded several student compositions as well as classical selections.

In teaching private voice lessons Maria likes to see her voice students develop tone and proper breathing techniques early on so they transcend into habit.