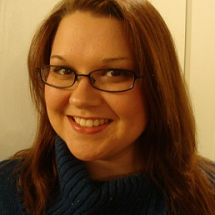 Lacie Craig is a musician, composer, and arranger specializing in woodwinds. Growing up in Hiram, Georgia, she began learning the clarinet in 1998. From there she picked up the flute and piccolo in 2002, and the saxophone in 2007. She earned her Bachelor in Music Education in 2011 from the University of West Georgia, and is also holds a Georgia Educators Certificate for P-12 Music.

Lacie love of music began in middle school and grew throughout high school. She actively participated in the high school marching and symphonic bands. Her last two years she also acted as section leader for the clarinet section, and also got to travel to Williamsburg, Virginia, and Orlando, Florida for performances. In her last year of high school she decided that she wanted to study music in college, and in the fall of 2005 she began attending the University of West Georgia for Music Performance. During her time at UWG Lacie was very involved participating in the marching band where she acted as section leader and staff member from 2006-2009, and traveled to several places for performances such as Antigua in the Caribbean for their 25th independence celebration; a groundbreaking moment as the community had never experienced a marching band before! She also participated in the clarinet choir, flute choir, saxophone ensemble, jazz band, symphonic band, and wind symphony where she acted as principal clarinet from 2006-2010.

It was in 2006 after running a beginner clinic for clarinetists that Lacie discovered her true love of education. She enjoyed working with the students, and the rewarding moment of seeing them understand what they needed to do was enough to convince her to switch her major to music education; because she wanted to continue to help students have those ah ha moments! She began teaching private lessons in 2007, as well as working as an instructor for band camps during the summer. She has taught flute, clarinet, and saxophone. Along with teaching private lessons for woodwinds, she assists her students in preparing for auditions.

Lacie's teaching style is friendly and encouraging, but firm. She believes that it is important for her students to be good problem solvers, and teaches them to self-evaluate so that they can grow as musicians. They will learn theory and how to develop good tone and technique. Her philosophy is that there is no such thing as a standard curriculum for her students. While they all learn the same things, it is important to her that she learns what their best learning style is and custom design her lessons to fit their needs.