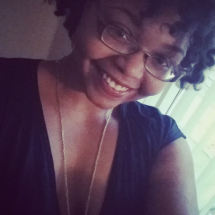 Having nearly 20 years of classical & baroque training, being a musician has always been Kimberly's life goal. At age 10, Kimberly was formally introduced to the bassoon. Having no private instructor during the beginner years, the aid of video records of various orchestras & solo Bassoon performances was heavily relied upon. Throughout her high school years, Kimberly had much success for solo bassoon. While also having the opportunity to travel & perform throughout Europe for percussion/drums & teaching herself the oboe.

In 2005, Kimberly was awarded as the first female recipient of the Lorraine Paris Music Scholarship from her high school band program. Kimberly went on to obtain her Bachelor of Science degree in Liberal Studies with an Emphasis in Music Performance & Music Theory from Middle Tennessee State University. While at MTSU, Kimberly formally learned the piano & was heavily involved in the MTSU Orchestra, Wind Ensemble, various chamber ensembles, Symphonic Band, Naxos recordings with the MTSU Wind Ensemble, & much more.

As much performing success that has come, teaching others bassoon, piano, keyboard, and oboe is the most rewarding of all.