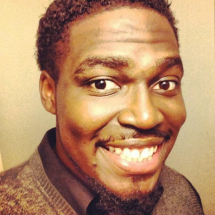 Kevin Christopher Sainmelus is a man who was introduced to music at
the age of thirteen years old. It was
something different that he was not used to due to the sudden move
from Florida. Kevin received his first piano
as a Christmas gift and was amazed. After that day playing the piano
had a rolling effect on Kevin. He began
practicing, playing through the lesson walk through settings on the
keyboard. After a few months Kevin was
able to play piano for his church. While playing for the church, Kevin
began to take piano class to further his
innate talent for music.

As time went by Kevin progressed exceedingly and moved on to drums,
guitar, and bass guitar. For being the
first musician at the church and having a high interest in playing music,
Kevin was awarded to being Head
Musician Leader/Director.

Kevin took on responsibilities on setting rehearsals dates, directing
rehearsal, and in charge of music selections.
Kevin showed strong leadership in this role that It spread to parents
wanting to have their children take
musical lessons.

For the last 7 year, he has worked to build a reputation as a well-known
musician in the music community.
Whether it was playing, teaching, shadowing, or learning, he always put
his best foot forward. Having a passion
for music, Kevin is currently enrolled in a collegiate music program to
further his education as a musician and
teacher.