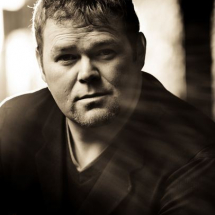 Kevin Harry is a native of Cobb County and a graduate of the Cobb County Center for Excellence in the Performing Arts at Pebblebrook High School, under the direction of Harris Wheeler and Earl Reece. Kevin studied voice with the renowned soprano Charlsa Taul. While at the Center Kevin studied voice, trumpet, drama, and dance. Kevin was a featured soloist in many of the Center’s productions. Kevin was also a performer and technician for three years at Six Flags Over Georgia.

After graduation, Kevin was accepted to Jacksonville State University in Alabama on a trumpet scholarship. After two years as a featured trumpet soloist with the “Marching Southerners”, Kevin changed his area of study to voice. While studying with tenor extraordinaire Samuel Brown, Kevin moved vocally from baritone to a tenor voice. Under Dr. Brown’s teaching, Kevin was a featured soloist for Handel’s Messiah as well as other works with the university chorale and a capella choir. Kevin was used in multiple master classes to demonstrate vocal techniques to other vocal studios.

While in college, Kevin was given the opportunity to lead music in a church close to the university. For sixteen years, Kevin utilized his God-given abilities to minister through music. Leading all services as well as musicals and cantatas, Kevin has been able to lead and teach various styles of music to many people. In 2010, Kevin was given the opportunity to be the opening act for country music superstar Lee Greenwood (God Bless The USA) which led to an invitation to go to Nashville and record with Mr. Greenwoods music director. The finished product, “Hold On Today”, includes several of Nashville’s top, most sought after musicians. Kevin offers a wide array of musical skills, styles, and abilities. Through his energetic and encouraging style of teaching, Kevin helps students of all ages and skill levels to seek and attain new goals in their musical career.