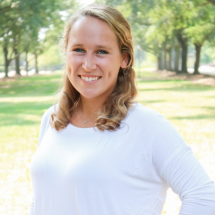 Katie Jennison is a highly trained soubrette soprano who has a varied musical background. She began singing in the church choir at age 6 and has not stopped! She sang in choir all through adolescence and began classical voice lessons during her sophomore year of high school. Katie was an avid singer, participating in three choirs, leading her acapella group, singing in every fall musical, and placing in District and All-State Choirs. She took piano for 10 years up to high school, after which she decided to focus on her singing career.

Katie is a recent graduate of Furman University, earning a Bachelor of Music in Vocal Performance. This degree has given her experience in a wide range of areas, including pedagogy, conducting, performing, choosing repertoire, music theory, history, and the study of opera. Katie has performed two solo recitals of music, as well as sung in many oratorios and concerts. She was a featured soloist during Furman's rendition of Handel's Messiah in December 2019. Katie was a paid soloist at Trinity Presbyterian Church in Greenville, SC for one year where she helped lead worship in music. She just finished her position as President of the Furman Singers, an elite choir which has a long tradition of excellence in the community, and the choir goes on tour each Spring to sing at churches all over the Southeast.

Katie also has an extensive background in musical theater. She has performed or worked on over 20 musicals in her career. Her biggest role to date has been Elle Woods in the musical, Legally Blonde in 2018 at Furman. She also played Logainne in The 25th Annual Putnam County Spelling Bee, also at Furman. She was highly involved in the student-led musical theater organization all throughout college, allowing her to both music direct a show and also direct an original musical in 2019. She plans to audition for upcoming shows at some local theaters in Atlanta.

Lastly, Katie loves working with children and has done so most of her adult life. She has worked for the past year in the nursery at Fourth Presbyterian Church in Greenville, SC, taking care of infants while their parents were in church. She has many years of babysitting and nannying experience. But she has most enjoyed her work as a camp counselor at Camp Seafarer since 2015, being on the administrative staff during the summers of 2019 and 2020. As a cabin counselor, Katie was responsible for the safety and happiness of 12 campers in a cabin from the start of the day through mealtimes and bedtime. As an admin member, she worked on a 5 member leadership team to oversee 40 staff members and implement a certified instruction seamanship program. She trained, coached, and evaluated counselors and was responsible for the maintenance of 85 high-quality sailboats. Lastly, Katie has worked as a summer camp counselor for a theater arts camp in Richmond called SPARC. She organized and led performances for children of ages 9-13 as well as counseled and ensured the safety of the campers through managing their daily sessions and overall experience.??

Help Your Voice Sing Smoothly with These 5 Tips

5 Ways to Build Up Your Fingertips for Guitar

Announcing Our Winner of the Lessons in Your Home Scholarship!