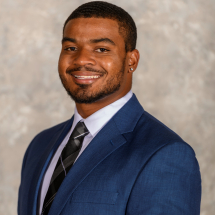 Jowan Watson is a Miami, Florida native who is passionate about music and mentoring the next generation of musicians. He began playing guitar at the age of eight years old, and began professionally playing for churches in the Miami area at the age of fourteen. As he developed his craft Jowan became a prominent worship leader in the Miami area before attending college at Georgetown University in Washington, DC. During his time in DC Jowan obtained a bachelor's of science in human biology with honors. He currently is obtaining his Master's from the University of Miami.

Jowan has been teaching guitar and music theory for 8 years. Watching his students develop from a young age, falling in love with music theory and the creativity that comes from understanding the intricacies of an instrument. Jowan has been called a true "gifted leader" who promotes student creativity and confidence by exploring and expanding upon a student's strengths. On top of being a worship leader and musician for several churches, Jowan has performed at many weddings and has much experience with music production.

A fun fact about Jowan is that he is a former Division-I student-athlete. He played varsity football at Georgetown University where he obtained his undergraduate education.