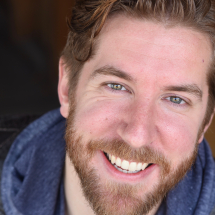 Guitarist and guitar teacher Jonathan Flippo received his Bachelors of Music from Oral Roberts University in Tulsa, OK. Since 2005 he’s been playing in performing in music halls and venue, churches, theaters, at weddings, and more. Jonathan loves playing music from all genre’s from Classic Rock to Punk, Pop, and Alternative. His favorites are definitely Country and 2000’s rock!

As a guitar teacher Jonathan’s students always express the same sentiment when speaking of their teacher, “It’s Fun to take lessons with Mr Jonathan.” He loves it when his students, after just a few weeks play songs they’ve learned to impress their friends. The best part of teaching he says is “laughing with my students”.

In addition to being a guitar teacher in the Dallas metroplex, Jonathan also works as television and film actor (you might have even seen him in a commercial or two!).

When he is not teaching or acting, Jonathan loves adventuring outdoors and spending time with his family.