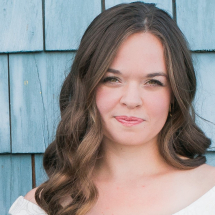 Jennalee Allen is a Wisconsin native who completed her Masters at Baylor University in Texas on full scholarship and stipend. There she was featured in both musicals and opera roles including singing Adele in "Die Fledermaus" and Antonia in "Man of La Mancha". She performed locally around Texas as Johanna in "Sweeney Todd" with the Waco Civic Theater, and several roles including Juliette in "Romeo and Juliette" with Austin's Spotlight on Opera. She speaks 3 languages and has studied abroad in Italy at the La Musica Lirica festival in Novafeltria as the lead in Rossini's "la Cambiale di Matrimonio". She is a long time music teacher who focuses on giving the student the tools to be successful in any type of music. She has a love of both teaching and performing and has been featured in recitals, concerts, operas, and musicals. Prior to attending Baylor, she finished her undergraduate work at the University of Wisconsin-Whitewater. Jennalee is a current resident of Virginia where she maintains a full teaching and performing schedule and is a student of Dr. Medea Namoradze.

Jennalee's teaching philosophy consists of imparting both a love of music itself, and the process of it's practice and creation. She believes theory and ear training skills should be taught from an early age so that the student has a understanding of music itself. She loves to teach all ages and to make the learning process enjoyable and individualized. She has been playing piano for over 20 years, and has played and studied classical, jazz, and choral accompanying. She was accepted to UW-Whitewater as a full scholarship flute student, winning the university-wide concerto competition her freshman year. Before moving to Virginia, she was a member of the faculty at McLennan Community College as a voice instructor, and has taught K-6th choirs and general music.