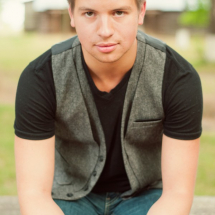 Jared Wagner is an emerging professional vocalist, guitarist and Vocal instructor. He picked up his first microphone at the tender age of 3 years old. If he only knew at that moment it would be one of many microphones he would use throughout his music career. That decision led him to years of vocal training as well as over ten years of guitar and piano instruction. Jared attended high school in a small town of 2,000 in northern Washington state about 10 miles from Canada. He has toured all around North America and performed over 500 shows and opened for many acclaimed artists including, Trace Adkins, Tracy Byrd, Aaron Tippin, Blackhawk and even Little Jimmy Dickens. He attended Spokane Falls Community College for vocal performance and took lessons for many years in Vocal Performance. He received his Certification to Instruct vocal lessons in 2008 and has been teaching ever since. Jared also continued his music education by taking courses at Berklee School for Music. Jared had an amazing opportunity to be on NBC's America's Most Talented Kid's and it know for his performances on National Television in front of Millions. It is his passion to teach others how to start and improve their vocal abilities and with a proven blueprint process he has been doing just that for many of his students. He started teaching not just because the art of music but the challenge and joy of helping others. Though it is Jared's dream to be a signed recording artist you are fulfilling one of his dreams by becoming his student. You will love the challenging yet healthy approach at every single lesson. Jared wants to help in anyway to achieve your dreams and what better instructor than one that has been doing it for over 20 years.