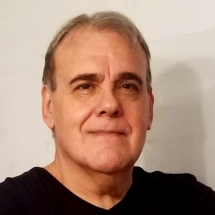 Emilio Sole - Sempere is a Voice & Piano educator with strong background and many years of successful experience.
He began his music career in Barcelona, Spain studying under the guidance of Elda Sainz de La Maza. Later on, he moved to Caracas, Venezuela, where he studied Psychology at the Catholic University of Caracas, and he further continued his music education under the guidance of world renowned educators as Felipe Izcaray, Alberto Grau and Maria Guinand, among others, and also with Adrian Thorne at the Guildhall School of Music and Drama of London.

Mr. Sole is widely recognized also as an accomplished Choral Director of international prestige and an awarded composer and arranger. His approach as a teacher is based in adapting the teaching to the personal circumstances, goals and desires of his students, children and adults, covering in Piano and Voice all styles: traditional, classical, contemporary, Latin-American pop and World music, etc.

Emilio believes that students should be happy doing music and because of that they should be playing from the very first lesson, one step at a time going at the adequate pace and little by little on the road to success. He proved the success of this approach, as being part for many years as a Choir Director and also as an executive of the world-renowned, successful and awarded Venezuelan Children and Youth Orchestras and Choirs System, internationally know as "El Sistema."