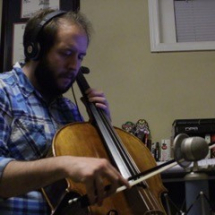 Cello and Violin Teacher Douglas Yassen is a Seattle-based musician. He is originally from Texas and moved to Seattle to further pursue his music career. Douglas teaches cellists and violinists ranging from beginners to advanced students. He has worked in the Lubbock and Allen ISD's in Texas working as a cello instructor and student teacher.

Doug graduated with his Bachelor's of Music with a concentration in music education and music composition from Texas Tech University in 2013. Doug then graduated from the Seattle Film Institute with a Master's in Film music composition. Since then Doug has been teaching cellists and writing music for film and video games.