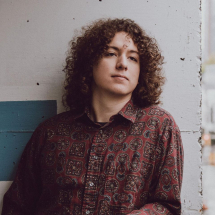 Dalton Rouse was born and raised in the greater Seattle area. He began playing music seriously at the age of 12 when he received an electric guitar as a gift. With the help of his guitar teacher, Chris Meadors, Dalton quickly learned the basics of blues, rock, jazz, and metal guitar playing. At age 14, Dalton started playing and singing in his first band, Just Cuz. This cover band played a setlist of about 40 songs in various venues throughout the greater Seattle area. Eventually, this band morphed into an all-originals project called Clear the Chaos. This created opportunities to play more high-profile events such as Bite of Seattle, Taste of Tacoma, and Seattle Hempfest.

In highschool, Dalton sang in choral ensembles, played tuba in wind ensembles, and played guitar in jazz ensembles. During this time, he took vocal lessons from Pamela Moore and Erin Guinup. Dalton went on to study music at Pacific Lutheran University in Tacoma, Washington. During these four years, he participated in the prestigious Choir of the West. As part of this ensemble, Dalton sang and played guitar on ?riks Ešenvalds' 2020 album release, There Will Come Soft Rains. The group also won the Anton Bruckner Choir Competition and Festival in Linz, Austria. At PLU, Dalton took private vocal lessons from Barry Johnson, composition lessons from Dr. Gregory Youtz and Dr. John Paul, and guitar lessons from Dr. Stephen Howland. Through these studies, Dalton gained a solid grasp of music theory, ear training, and the relevance of the classical music tradition.

After attending Pacific Lutheran University, Dalton went on to receive a diploma in audio engineering and music production from SAE Institute Vancouver. Here he learned the skills to effectively produce, record, mix, and master music. In addition, this experience afforded him a more in-depth knowledge of music in relation to the harmonic series, consonance, dissonance, timbre, and rhythm. Upon graduation, Dalton taught multiple vocal performance workshops at SAE Institute Vancouver, before returning home to the greater Seattle area.