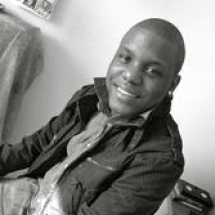 The question is often asked, What’s is in a name? When your name is Chris Higgins, the answer becomes clear: talent, intellect, genius, and gifted. With his musical talents, Chris Joel Higgins expresses his love for the gift by using his soulful voice and passion for music and sharing it with others. The Bronx native , is an artist, vocal arranger, vocal and piano coach that believes the sky is the limit.. His musical gifts extend beyond merely singing and taking leadership when its time to do so. He is also a songwriter, arranger and composer and has written for various local artist in New York, Boston ,and Atlanta. Chris has obtained a bachelor’s of music degree in performance from one of the top ten music schools in the country, Berklee College Of Music where he also received a four year scholarship to attend.

Chris has had the esteemed privilege of working with industry professionals such as Kelly price ,Brent Jones, Ryan Leslie, Kirk Franklin, Mary Mary, Walter Beasly, Chaka Khan and many other greats. His unique musical ability and lessons have been heard throughout the United States and Canada in a range of genres and venues, including frequent performances in local churches, college events, various concert venues etc. Chris works endlessly to produce and co-produce stage productions and performances including, community outreach events, concerts, and performances. Not only is he noticed for his strong teaching and musical performance skills, he has also tapped into the acting world playing one of the lead roles in the off Broadway play Mama I Wanna Sing Directed by the great Jacqui Parker.

Chris enjoys sharing his gift of music to others. He believes that what is from the heart, reaches the heart. Therefore, Chris shares his knowledge of music and theory from his heart as he touches the lives of many. It is among Chris’s highest hopes that his musical endeavors will bring forth more opportunities to exercise his love of sharing this gift and that men and women continue to grow from it.