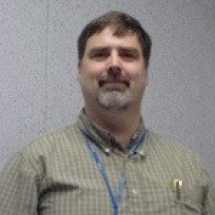 Growing up with three older sisters Brad heard music his whole life. From his earliest memories all 4 children played the piano. His forward thinking mother was a Registered Nurse and of the opinion that music at a young age (or any age) would promote brain development and memory. She was correct. By the time he was five he had heard Bach, Beethoven, Brahms and Mozart many other utterly amazing composers. Trying to emulate his sister’s success, by ten he had also added “Organ” to his list of instruments where he got to be good enough to play for the Father Daughter dance at age 12 and on through college as a business playing the “Bridal Chorus” for weddings on Church Organs and singing solo(s) and/or duet(s). The learning of music taught him self-discipline and how to optimally teach himself. Singing in all the advanced groups through school Brad was accepted to WA All State twice. After graduating high school he was then accepted into Frank DeMiero’s “Soundsation Vocal Jazz Group”- a 32 voice group. Not wanting to stop learning about music he went on to the University of Washington to and was accepted with “Voice” as his instrument. He not only took more voice lessons but more piano, violin, guitar, and choral conducting with Abraham Kaplan for two years. Life is made up of experiences and he just wanted to experience it all. After a total of 5 years he earned a B.A. in Music Education with an additional minor in music. He stayed for one more year to get his K-12 Choral Music Teaching Certificate from UW. Maybe, Brad found there were other benefits to studying music at such a young age for so long.

And he says it all started with piano lessons.