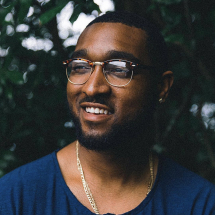 Ashton Combs, Artist, Songwriter, producer in Atlanta, Georgia, earned a bachelors degree in song writing from Berklee College of Music in Boston, Massachusetts . He has been blessed to accomplish part of his dream by working with various artist such as Trey Songz, Lil Wayne, Sean Paul, and Tory Lanez. Since an early age of six, Ashton has been performing and singing. His musical roots stem from his experiences of participating in the choir at his father's church in Lincoln, Nebraska. By the age of 21 he was blessed with the opportunity to perform on BET's video countdown show "106 & Park" for their artist competition Wild'n Out Wednesdays.

Not only has Ashton's biggest dream been to work major platinum selling artist, but to also inspire children to see that building a career through music is possible. For the past two years Ashton has facilitated and founded the Inspire 2 Dream Music Camp in his hometown of Lincoln, Nebraska. The camp focuses on bettering young musicians by sharpening their craft. Twelve to fifteen high school students have the opportunity to produce and record a song with a chart topping producer, as well as have the song played on the radio. The youth can network and build for three days with the guest musician in a one-on-one setting. Ashton believes that it always great to see youth be enthusiastic about learning how to perfect their musical craft. In just two years, many students have gone on to start booking shows and releasing their own music to the world.

Ashton prides himself on leading by example. He believes that every child has the right to push their gifts to the limit. The definition of success is different for everyone, so is their journey to success. Which means the instruction has to personally fit each child in their own way. That is why he believes in teaching youth to embrace and learn their own musical characteristics. Authenticity is important for the youth's musical development. Without authenticity we wouldn't have the vast musical perspectives we called genres. Ashton teaches his students to cling to their own identity because everybody has their own story to tell. He believes every child should have a voice.