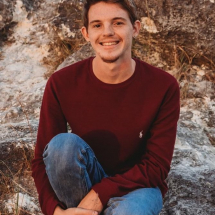 “Music is a bridge between all people”, Antonio Hicks believes in using music to bring people together and share the joy of music. Born and raised in Tampa FL, Antonio began playing music in 2012. He attended Howard W. Blake school of the performing arts where he bloomed his passion for music. Afterward he went on to study at Hillsborough Community College where he obtained his Associates in Arts degree in 2021. During his time there he studied under the likes of Valerie Gillespie, Robert Winslow, Kenneth Hanks, and Dave Rudolph. Currently, Antonio is enrolling at the University of Central Florida for music education and Jazz studies. There he will be directed by those such as George Weremchuk and Jeffery Rupert.

Antonio enjoys playing a wide range of music such as Jazz, Classical, Modern, and more. His resume consists of playing in a multitude of different bands, many of which he founded. Most recently his Jazz Combo, “In the pocket”, had the honor of playing for the mayor of Tampa and then the mayor of Lakeland. He has also been the featured performer for the Jazz Under the Stars festival. He has also been featured on the news multiple times and local tv/newspaper in the Tampa area. Antonio has had the opportunity to play in a few pit orchestras for professional musicals that have come to the Patel Straz Center for Performing Arts. Some shows include: Hello Dolly!, The Adams Family, Newsies, and White Christmas.

Antonio also has a huge passion for teaching music. Teaching has found itself to be a very rewarding and fulfilling job for Antonio. For the past few years Antonio has taught music to a wide range of ages from 10 to 30 years old. As a teacher Antonio believes in growing an appreciation for music within his students and passing down the knowledge and love for music that was installed in him. He has also been involved in schools in giving presentations on music and various instruments to educate school kids. He’s also worked for the Glazer Children’s Museum to do workshops with kids and let them try out different instruments and learn how they work.

Aside from music Antonio has many hobbies and activities he enjoys. He has an appreciation for technology, art, photography and gardening. When not doing music Antonio loves to spend time in Tampa with his family or out traveling . He’s been around the world from South America all the way to Europe.