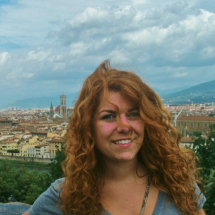 Allegra is a native of Springfield, Illinois where she grew up playing music
from the age of five. In 2012 she earned her B.A. in Music from Millikin
University. She is a pianist, a violinist, and a vocalist who has spent her
life taking lessons, attending competitions, going to camps, performing in
ensembles, accompanying shows, and doing everything else musical she
can find.

Allegra had rigorous classical training growing up but later discovered a
love for theater and has performed in dozens of musicals both in the cast
and in the orchestra. She also spent a summer in Italy playing fiddle in a
folk band.

She believes in giving her students a strong foundation so that they are
able to go into every musical experience as the best musician they can be.