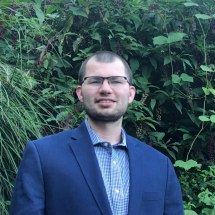 Alec Sullivan is a multi instrumentalist music teacher and composer based in Arlington Virginia. He holds a B.A. in Music from Virginia Commonwealth University, where he studied Guitar under Mike Ess and David Toussaint and Piano with Wells Hanley.

Alec began his musical journey by studying guitar at age fourteen in a school guitar class. There he got his start in classical, jazz and pop styles, later playing in the school's Classical Guitar ensemble and Jazz Guitar combo. Later in life, he continued to branch his studies into Piano, Theory, and Voice at VCU as part of his composition focus.

Alec's diverse musical interests have led to a wide range of musical experiences as an instrumentalist. He often performs solo and in combos, playing a mix of Jazz standards and pop songs. In addition, he has also performed in a mix of classical settings as a solo guitarist, pianist and apart of multiple classical guitar ensembles. He has notably performed at the Institute of Contemporary Art, and at the "Festival at the River" with Paul Rucker.

Additionally, Alec an avid composer and arranger. He has given a solo recital of original works for big band and a variety of classical chamber ensembles. As an arranger, he has created chamber group arrangements in collaboration with multiple singer songwriters.

Alec loves sharing his passion for music through both performance and teaching. His first opportunity to instruct others came up while in school through tutoring other students. This led him organize an all student composition master class as a platform to help students get feedback and experience composing. Since that experience, Alec has been regularly working with guitar, piano, voice, percussion, theory & composition students of all ages and levels, to help them achieve their unique musical goals.