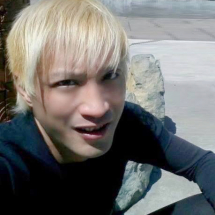 Vaughn Edward has performed across the United States from coast to coast, as well as the Philippines and touring through the Caribbean. He is a Vocalist and writes his own Original Songs. Along with the Vocals, he plays fluently, the Keyboard, Saxophone and Hand Drums, and he has a background in Dance. Prior to writing and taking his songs public from stage to stage, he performed in most genres of music: pop, dance, jazz, funk, Latin & salsa, African, ska, reggae, rock, blues, country, oldies, orchestra, disco, zydeco, Brazilian and big bands.

He has taught at middle schools, music schools, recording studios and privately for twenty years. He has been a Casting Director for community musicals in Chicago, and he has been a Guest Artist for high schools in both Missouri and California. Performing credits include: Webster University Jazz Series, Washington University for the Vocal Department, Duke University Jazz Concert Series, MO Botanical Gardens, and Casting for Community Musicals in Chicago. Previously, Vaughn performed in bands that opened up for The Roots, Porno For Pyros, Fishbone, The Toasters (Twice in NC and MO), and The Pie Tasters. He also played a concert with Actor/Pianist Chevy Chase.

Some of Vaughn's accomplishments include publishing his music book "Music Technique Exercises for All Instruments" for Treble Clef and Bass Clef in 2018. Vaughn won "Best Pop Song" in December 2016 with The Akademia in Los Angeles, CA, and he produced & recorded a country album in California, with his keyboard and sax parts and back-up vocals. In 2014, he was sponsored and featured by Rude Boy Magazine. In the same year, he scored and arranged the music to a new musical, entitled "Thunder Bay" based off of rock songs from the 90's.

Vaughn has recorded one album "One More Day" that crosses from Pop to Electronic to Rap. He created a music book, "Music Technique Exercises for All Instruments" for Bass and Treble Clefs, and he is currently in the process of writing a Vocal & Piano book for Songwriting, and a technique book for Jazz that includes licks and patterns in every key. He is the Author of a Young Adult Fantasy Book series, entitled WARRIOR CHILDREN. Along with music and writing, he is a professional photographer, with canvases sold in multiple states.