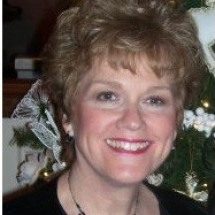 Tena began her musical career during middle school in Jacksonville, Florida. Her first instrument was the clarinet, but soon after switched to bassoon. During middle school, she began winning awards for solo and ensemble performances. During high school, she played in community orchestras, and sat first chair in the Kingsport Youth Symphony Orchestra in ninth grade. Moving to Annapolis, Maryland, she joined the Annapolis Symphony and played under the baton of Leon Fleisher. Privately she studied at Peabody Conservatory of Music in Baltimore, and professors at Howard University, Washington DC.

She sat first chair in both Tennessee and Maryland All-State Orchestras during high school, as well as continuing to earn awards for solo performances.

Her hard work paid off with a full scholarship to Tennessee Tech University where she sat first chair in the college’s Symphonic Band, and also played in the Chamber Opera Orchestra, and the Tech Community Symphony Orchestra. During football seasons you could find her in the marching band playing tenor saxophone. Her freshman year, she received the Outstanding Freshman Music Major Award. She joined Mu Phi Epsilon, a professional music sorority, and her senior year was elected president. Following graduation with a degree in Music Education, she began her teaching career in Knoxville, Tennessee moving to Georgia some years later. She took some time off to raise two musically talented children, and returned to teaching middle and high school band. After several years, she felt her talents would best be suited in the elementary setting, and taught fifteen years there.

Currently she plays in her church orchestra, and sings with the Jubalheirs, a choir sponsored by the Georgia Baptist Convention. She also plays bassoon in the Jubalheir Orchestra. She has taught privately many years, teaching beginners through high school.