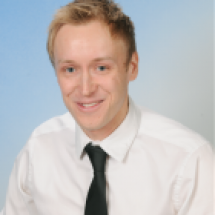 Instructor Stuart Pollard is an accomplished, multi-instrumental music educator originally from Pontypool, South Wales who resides in the Northern Virginia Area. As a brass specialist, he offers lessons on all instruments in this section including trumpet, euphonium, trombone, French horn and more. He also teaches piano, voice, guitar, and percussion, and he has dedicated his life's work to music and furthering educational opportunities for his students.

Stuart began his musical studies on coronet and piano at a young age. Though his musical passion emerged throughout childhood, he felt the calling to pursue music seriously at age 13 when he was invited to perform with the National Youth Brass Band of Great Britain. After this event, he entered numerous contests and competitions and toured Europe, South Africa, Zimbabwe and the Caribbean. During this time, Stuart continued his music studies and passed through the proficiency and professional grades of piano and brass ABRSM levels, respectively.

Stuart went on to study music at the Birmingham Conservatoire with Ian Porthouse and Eddie Severn after his post-secondary education was complete. There, he earned a Bachelor of Music with Honors - the highest standard of undergraduate degree from the University of Central England. Additionally, Stuart was awarded a Diploma in Performance following a recital at the Associated Board of the Royal Schools of Music. He later completed his Master's in Education in the United Kingdom and was appointed Department Chair at the British International School of Washington and Harrow Way Community School, Hampshire.

Throughout his music studies on the University level, Stuart gained proficiency in the areas of voice and guitar. His interest in guitar was more of a hobby at first, but was added to his teaching repertoire later in his career. His vocal studies were incorporated into his course-work, and he has found a lot of joy for students who learn to sing that can be carried forth for a lifetime!

As an educator, Stuart has served a number of teaching and administrative roles with music schools in both the U.S. and U.K. Over the years, he has organized charity events and concerts for his students to include in his programs, as he holds performance as an important part of musical study that inspires and motivates. He has also developed a series of specialized curriculums featuring pop songs and finds that students enjoy his blend of combining traditional and theory-based teaching techniques with fun, progressive songs.

Stuart hopes to guide his students to find the instrument that speaks to them and from there, develop an enthusiasm for music. His aim is to inspire creativity, confidence and self-efficacy, ensuring that he makes a real difference to the lives of those students in his care. He believes that students are more likely to remember 'how you were with them' than the task they were asked to complete. Through his instruction Stuart also believes developing warm, positive relationships is imperative in a journey that allows a child to discover and to make mistakes.

In itself, music has taken Stuart on a world-wide journey, and through sharing the love of music with students, he hopes to help others follow their dreams.