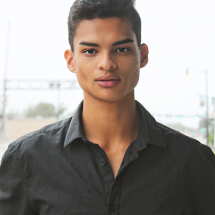 Reid Canal, Lyric Baritone, is a native Floridian born and raised in Winter Garden. He graduated from West Orange High School and earned his Bachelors of Music in Vocal Performance from Loyola University New Orleans. During his time at Loyola, Reid held solos and performed in chamber groups in choral settings such as Henry Goodall's Requiem, Brahms's Ein deutsches Requiem, Bach's Mass in B Minor and his complete Motets with the Louisiana Philharmonic Orchestra, Handel's Messiah, Mozart's Requiem and Mendelssohn's Elijah.

Reid has performed regionally with The REP in Hairspray, Orlando Fringe Festival in 13: The Musical (Patron's Pick), Garden Theatre in Joseph and the Amazing Technicolor Dreamcoat, New Orleans Opera in Le nozze di Figaro, Tosca, Dead Man Walking and Sweeney Todd, Judah in Joseph and the Amazing Technicolor Dreamcoat at Summer Lyric Theatre, Henry Davis in Kurt Weill's Street Scene, Emmett Forrest in Legally Blonde: The Musical, and many more. Other favorite credits include Carousel, Thoroughly Modern Millie, Best of Broadway: 2001-2005 and The Magic Flute. Reid is a proud Equity Membership Candidate and continues to perform in community and professional theatre all around Florida and Louisiana.

Reid is passionate about the gift of music and believes everyone can learn and excel in it. His knowledge in vocal pedagogy offers him detailed technical and anatomical expertise to teaching voice to young singers that produces a healthy and thriving voice.