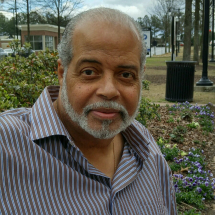 Randy Jones combines a life long career as an accomplished keyboardist with 50+ years of solid experience. He has performed for numerous organizations, Jazz clubs, private parties, and gala events. He has taught at all school levels, including the State University level, and has been a guest speaker/lecturer at various schools, auditoriums and churches.

Mr. Jones has written, composed, and played for many of the top recording artists of our time, including Stevie Wonder, Barry White, Billy Preston, James Cleveland, and the list goes on.

He has appeared on several T.V. programs featuring prominent musicians, including TBN (The Trinity Broadcasting Network), and has been heard on award winning gospel radio programs in the Los Angeles area.

Mr. Jones has performed in over 15 states around the country, and has led his own music ensemble. Additionally, he has played keyboards for mass choirs and singing groups, and has served as music director for many churches and schools in his area.

In 1997, Mr. Jones founded "Randy Jones Creative Music & Arts," in Los Angeles, Ca., where he operated a full-service music academy for 15+ yrs. Many of his students have advanced to obtain scholarships and degrees in the music field, while others have gone on to achieve successful careers in the music industry, including becoming recipients of prominent awards and accolades, such as MTV, Billboard, and Grammy Awards.

Mr. Jones is a Graduate of Pepperdine University, and has done advanced postgraduate work in the fields of business, education and music. He also holds an Associate Arts Degree, and has professional licenses and certificates in other related fields of study.

Mr. Jones is notably recognized in the music industry as the "Teacher of Teachers," and is affectionately known by many as, "Mr. Keyzz."