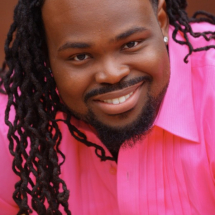 Born in the most prominent musical city in the world, Quandrell Claybrooks is a true Tennessean. As a graduate of Morehouse College, Claybrooks holds a Bachelor of Arts Degree in Music with a concentration in Voice. He has participated in the Atlanta Opera Chorus, as well as, performing lead and supporting roles with the Americolor Opera Alliance and Capitol City Opera companies.

Along performing concerts and recitals regularly, Mr. Claybrooks is currently working on his first major composition, Beyond the Blues, which is a musical based off the novel by Atlanta author, Ravry Sloan.

During the 2009/10 Season, Claybrooks was featured in concert of with the Fisk University Choir, while co-writing and work shopping the educational opera-based show, Sounds Like Opera, in conjunction with Capitol City Opera. He ended the season as the Music Director at the Tupac Amaru Shakur Center of the Arts for their Arts & Leadership Program.

Highlights from the 2008/09 Season included the role of Amantio di Nicolao in the Capitol City Opera production of Gianni Schicchi and soundtrack credits to the Kenny Leon and True Colors production of Miss Evers Boys.

Major accomplishments during the 2007/08 Season included the world premieres of the roles of Zadok in The Seduction of King Solomon and Solly in 3Kings and A Prince both composed and produced by Sharon Willis and the Americolor Opera Alliance. That year, he also became the company’s Associate Development and Public Relations Director, leading the AOA into a major campaign that increased corporate and individual donorship, an increased supporting guild, and enhanced branding. He attained artistic director credits in Portraits of Black Opera: A Celebration for the World, a concert in commemoration of Black History Month, commissioned by Vanderbilt and Tennessee State universities, in which he created and was featured.

Other performance accolades include: the Atlanta Opera premiere of Porgy and Bess, concerts of Te Deum (Purcell) and Messe de Minuit pour el (Charpentier) with the St. Cecilia Consort of Atlanta, and touring the role of Don Alfonso (CosÃ­ fan tutte) with Captiol City Opera.

Additionally, Claybrooks performed at Lift Every Voice and Sing for the historic Election 2008 Watch Night Event at Spelman College, which was internationally televised by CNN, NBC, and BET. Furthermore, Claybrooks has been featured in several publications, including Rolling Out Magazine, Christ Community Magazine, and Shine Magazine. He has also been nominated twice (2007/2008) for the Atlanta Power30 Under30 Awards, in the fields of arts, entertainment, and media, and during the 2009 Atlanta Business Summit, Claybrooks received the Movers and Shakers Award. In addition to a rich experience in performing, Claybrooks is also an official spokesman for Project Reflect, Inc. and Youth Encouragement Services, both non-profit organizations in Nashville, Tennessee that focus on the cultural enhancement of inner-city children and adolescents. His family community involvements began a movement that resulted into Nashville refurbishing one its inner-city libraries and opening its first charter school. In 2007, he was honored by his hometown, through the proclamation of Quan Day, and in 2010 he was honored by SESAC (Atlanta) during their artist lecture series. He is an active member of the National Association of Negro Musicians, Inc. (NANM), the Metropolitan Atlanta Musicians Association (MAMA), a guest artist with Adagio Productions, Inc., and he continues to ignite his platform of arts education throughout the nation’s public schools.

Whether in the role of an administrator, educator, humanitarian, or performer, Mr. Claybrooks love for people, passion for the arts, and commitment to the empowerment of children has not only offered personal reward, but has also touched the lives of those who come to know him.