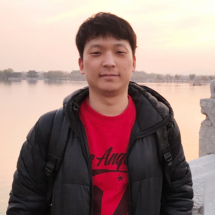 "The real job is to try to inspire the students, because if they're inspired, then they're going to work. I try to help them find their musical calling, their musical direction, because that's a really important thing." -Casey Scheuerell (Professor at Berklee, Paul's teacher)

Paul Jung was born in South Korea, where music filled the house each day. His mother ran a piano school in his house, while his father worked as a piano tuner. Since he was young, he learned how music can bring joy and happiness in someone's life. Paul naturally picked up piano through his mother. When he was young, his mother would make him learn to sing children's songs in "solfege," practice the scales and piano songs after school, and study his notes. Through this exercise he learned the importance of repetition in practicing music and music theory.

Paul started taking drum lessons when he was nine as a hobby. Although he'd never seen a drummer in real life, something about the idea of playing a drum set really inspired in his heart. Soon after starting his lessons, he fell in love with the instrument, which he continued to learn, to eventually make it his life.

Paul moved to Northern Virginia in 2001. In 2008 he went on to attend Berklee College of Music in Boston, where he studied with the renowned drummer Casey Scheuerelle, along with other teachers. While attending Berklee, Paul was exposed to many different genres of music, which helped him discover joy of finding the music that speaks to you. Paul returned to NoVA in 2012, and since then he has taught piano and drums full time. He firmly believes that music is, and should be enjoyable for anyone and everyone who finds joy in it. Paul tries to help each student find their joy in music, and in overcoming challenges of learning to play an instrument. While he believes that learning to play an instrument could be challenging, he also believes that everyone has their own talent and it can be expressed through music.

As a performer, Paul has performed with many musicians in the greater DMV. He has performed at Kennedy Center Millenium Stage, Blues Alley, Twins Jazz Club, and many other venues in and around the DC area.