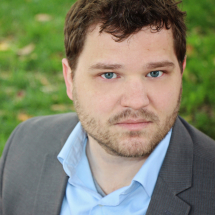 The music of award-winning composer Michael Rickelton “seizes the ear” (Gramophone). An experienced composer of solo, chamber, and orchestral works, Michael has a particularly strong and critically-acclaimed affinity for the voice. “There is a quality that distinguishes his music, catching one’s ear in beauty and style” (soprano Phyllis Bryn-Julson). Michael’s choral, solo, chamber, and orchestra works have been performed throughout the United States and abroad. Recently, his works have been played by the Nashville Symphony, Baltimore Symphony, and Peabody Symphony, the Baltimore Choral Arts Society, the Pacific Chorale, and the Choir of the Washington National Cathedral. He has received many awards and accolades for his compositions in competitions and directly from universities and organizations, including the Music Teachers National Association and The Peabody Conservatory.

Michael is also an active performer and educator and serves on the music faculties of The Peabody Conservatory, The Johns Hopkins University, and Towson University. As a singer, he performs regularly with organizations throughout the Baltimore and Washington, DC Metroplex. He has performed as an ensemble singer and soloist on recordings produced by Naxos, Gothic, and Decca Records.

A native of Charlotte, NC, Michael earned the Bachelor of Music degree in music education from Lipscomb University in Nashville, TN, where he studied composition, piano, violin, guitar, and early music.

In the summer of 2005, Michael received a scholarship to attend the European American Musical Alliance program at the Ecole Normale de Musique in Paris, France. Michael received both his Master’s and Doctor of Musical Arts Degrees in composition from The Peabody Conservatory of the Johns Hopkins University in Baltimore. Recent seasons have included stints as composer-in-residence with The Bridge Ensemble and St. David’s Episcopal Church in Baltimore. His composition Pentecost for SATB chorus and piano was recently recorded by The John Alexander Singers and released on Delos records. Albany Records recently released “Time and Memory”, an album dedicated to Michael’s works for voice and piano. The album has been described as “…engrossing, engaging, and consistently compelling. Rickelton writes with a distinctive and expansive voice.” (Tom Hall – Music Director Emeritus – Baltimore Choral Arts Society and WYPR, Baltimore).

Michael is a Lessons in Your Home instructor with over a decade of experience teaching classroom and private music lessons. His students range from absolute beginners through collegiate level musicians, and he works with all ages — from pre-K all the way through adults. Michael is an educator who thoroughly understands the learning process and works hard to adapt methods and use various teaching styles. He works with students at all experience levels by encouraging discovery through curiosity, promoting self-awareness, and by providing contextualization through his love of diverse musical styles. Michael strives to encourage dynamic music making from his students and creates a lesson environment that is fun, engaging, and creative. Through Michael’s backgrounds in education, composition, and performance, he provides his students with a holistic music experience no matter their instrument. Michael currently resides in Maryland with his wife Emily and sons Clayton and AJ. When not teaching, composing, or performing, Michael enjoys Olympic and power lifting, and is a die-hard Los Angeles Dodgers fan.

Lipscomb University; The Peabody Conservatory of The Johns Hopkins University