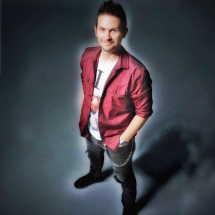 Micah Tappe, an accomplished musician, has been studying piano, guitar, and voice for many years. He currently writes and records his own, all-original music and plays numerous venues in and around the central Florida area.

Micah attended Douglas Anderson School of the Arts, in Jacksonville, Florida, where he performed nationally and won many awards for his musical accomplishments; most notably in the field of classical, blues, jazz and rock guitar. After graduating from Douglas Anderson School of the Arts, he attended Valencia College and the University of Central Florida (UCF) where he received an Associate of Arts degree in Music Production and Music Performance in 2003, and a Bachelor of Arts degree in Music Composition/Arranging and Music Performance in 2006.

Micah has toured and performed with numerous musical acts including Yellowcard, Maria Zouroudis, Jackson Deerfield, and Hadley's Hope and was invited to audition for Lady Gaga's world tour in 2010. He has also written the musical scores for over 7 independent films. He has been a music instructor at George's Music and a full time musician with Busch Gardens and Howl At The Moon.
Micah continues his musical career writing full scores for independent films, short-length movies, television commercials, dance companies, and special events. He is now Musical Director at The Right Combination Studio and Young Star Musical Theater in Winter Garden. Micah teaching piano, guitar, bass to beginner, intermediate and advanced students of all ages both online and in person. He is lead guitarist to the band, Leave It To Us. Micah continues to strive to deliver the best and highest quality in all musical endeavors.